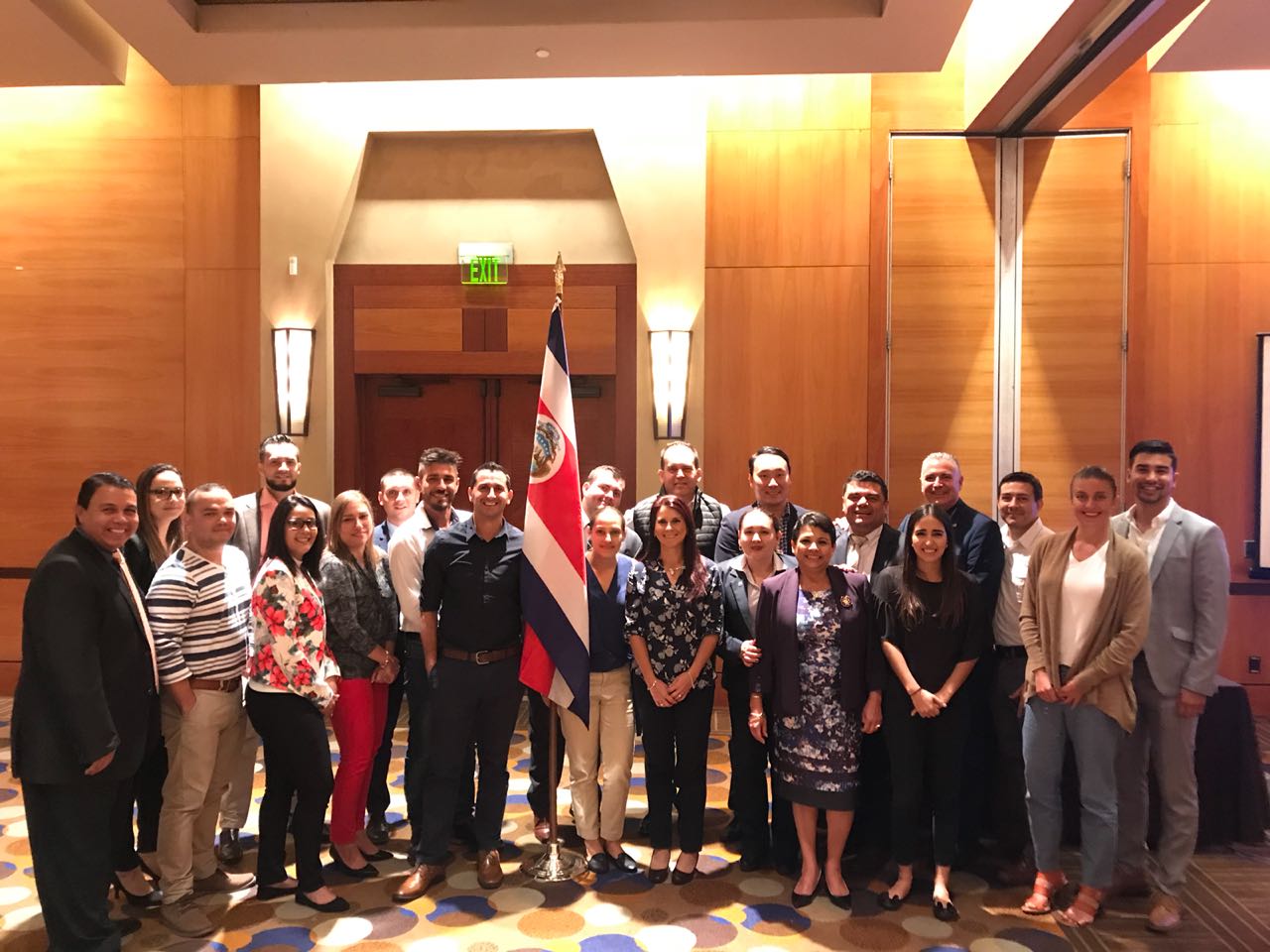 Four and a half million Americans from the West Coast, from the states of California, Washington and Oregon, are interested in traveling to Costa Rica, according to a 2017 study by Travel Styles for the Costa Rican Tourism Board (ICT).

Four and a half million people from this part of the United States hope to visit Costa Rica at some point.

Four and a half million Americans from the West Coast, from the states of California, Washington and Oregon, are interested in traveling to Costa Rica, according to a 2017 study by Travel Styles for the Costa Rican Tourism Board (ICT).

Aware of this interest in Costa Rica, the Pro Imagen Costa Rica Group, in coordination with the ICT, conducted a tour from July 23 to 27, 2018 to the main cities of the U.S. West Coast. There, they conducted five educational seminars and business conferences for a group of 16 tourism companies. They traveled with the objective of establishing contacts with specialized agencies to bring tourism to our country. The selected cities were Los Angeles, Portland, Sacramento, San Diego, San Jose and Seattle.

“This means that there is a great potential for growth, but it requires focusing on geographical areas where there is a greater propensity, or interest, in traveling to Costa Rica. The West Coast has 4.5 million interested persons, that is one-fifth of the best U.S. prospects, so we are dedicating a lot of effort in this geographical area,” said Silvia Vargas, president of Pro Imagen Costa Rica.

The objective of these trainings, called educational seminars, was to show: “the tourist products that make Costa Rica a unique and privileged destination. Given the global tourism choices, it is important that Costa Rica bring innovative information firsthand to these travel agents who, in turn, are the ones who will bring tourists from North America to the country,” said Vargas.

During the educational sessions, the main tourist attractions of Costa Rica were presented, focusing on topics such as adventure tourism, nature, sustainability, wellness, sun and beach, and meetings, among others. In addition, emphasis was placed on the economic and political stability enjoyed by the country, whose democracy is recognized worldwide as one of the most consolidated in Latin America.

The United States represents the main tourist market in the world. In 2017, there were 1,199,241 international arrivals from the USA to Costa Rica, and tourists from the West Coast visited the country an average of 10.7 nights, according to the ICT.

Today, tourism generates $3.6 billion dollars a year for Costa Rica, which represents 6.4% of the GDP and more than 40% of exports.

The companies that traveled to the USA included: