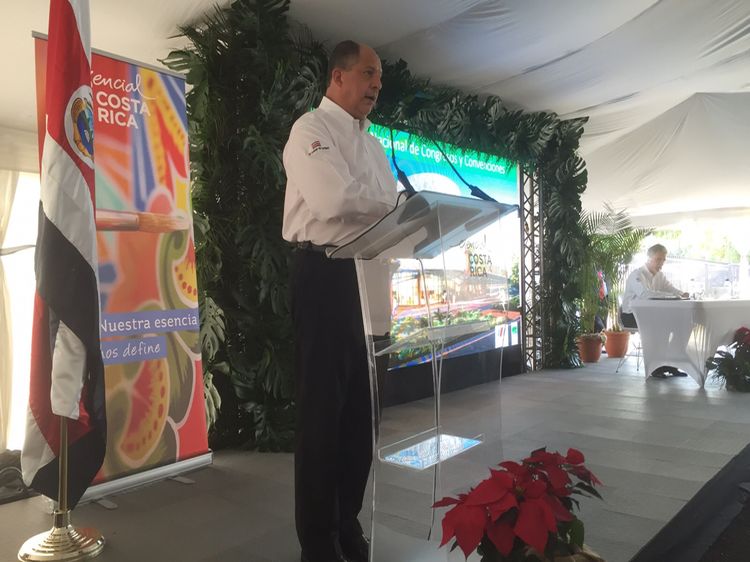 Come 2018 the highly anticipated project of a Meetings and Convention Center in Costa Rica will be a reality according to government led by president Luis Guillermo Solís. President Solís, along with Costa Rican Tourism Minister Mauricio Ventura, announced on December 10th that construction will begin in 2016 and be inaugurated during his term.

The $35 million Project will be built in a 10 hectare property in the province of Heredia and will hold up to 4,600 participants.  Location is deemed to be strategic, 4.1 miles from the Juan Santamaría International Airport and 6.4 miles from downtown San José.  There are currently almost 4,500 hotel rooms within a 6 mile radius.

The design was approved back in 2012, and contemplates Green building standards including energy conservation and indoor environmental quality.

According to informative video posted on the president´s Facebook page, once construction phases are completed the exhibit halls and meeting rooms will have customizable layouts in order to accommodate large events such as concerts and trade shows to smaller meetings.

Ventura emphasized that travel to Costa Rica will be incentivized during Costa Rica´s Green Season, which coincides with busiest time for conventions, May through June, and September through October.

Costa Rican economy will be benefitted with infrastructure investment and employment opportunities.  An agreement was also signed which requires all government officials to offer Costa Rica as host for international meetings and conventions when they are abroad traveling for business.

Costa Rica is known as a tourism destination where you can enjoy visits to waterfalls, fly through the air in a canopy, get close to active volcanoes, walk along a peaceful beach, and much more.  Soon it will also be known as a destination where world class events may be held for thousands of participants.